Me and contests should really be banned, because somehow I just can’t stop myself from joining.  Well, some of them.

You see, Wattpad_Romance is holding this writing contest called Hook, Line and Twitter and the rules are to write a really good hook for a romance story using under 140 characters.  You’re really using less than 140 characters because you also have to include @wattpad_romance and #loveshot to qualify – yes, I actually thought about that really hard and went, how the hell can I write a hook in under 124 characters?

So of course, what do I do?  I came up with a hook and tweeted it.  It didn’t even matter that I had no idea what to make of the hook to begin with.  But it sounded pretty cool…

@Wattpad_Romance It hit her unlike how books claimed it would be, a rush. No, this flowed through her veins, slow like warm honey #loveshot

That was the first step of the contest.  Now if your tweet gets favorited by @Wattpad_Romance, then you move on to the next step, which is to write your story – romance – with the theme, Those Blue Eyes.  Limit is 4,000 words.

So of course I write  a story to match the hook I had just come up with and now I’ve got a 3900-word short story called Her Soul Place.  Whether I stuck to the theme of Those Blue Eyes is up for huge debate – I didn’t – but it doesn’t matter. I wrote 4K words and that’s not too shabby.  Deadline for the short story to be published on Wattpad is March 10, but the story’s already up. 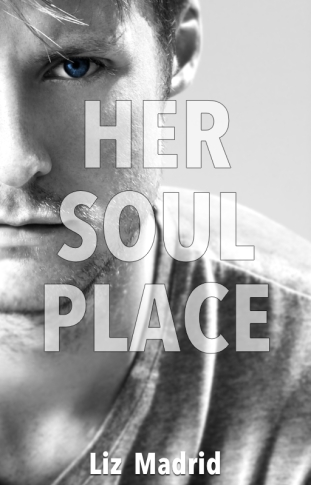 If you’d like to read it, you can click this link or the cover above.  If you’re a Wattpad member, please vote or comment. And if you’re not, what are you waiting for? 🙂  I’d love to hear what you think of it.

Winners get to be included in a collection of winning stories, and I’ve already decided that if I don’t win (I didn’t really stick to the theme of “those blue eyes”, so there’s that), it ends up expanded into a novella, at least.   I’m just so excited to see two new muses come up for me – and I love how they often crop up from prompts and challenges.